In my note, let me kindly draw your attention to our cover, where we have tried to illustrate the sense of the Convention and its role in civil society evolution during the last seven decades. Art gives us additional tools to feel rather than think about some essential issues of everyday life since artists always open new horizons and discover new aspects of humanity before they are conceptualised or even sketched up. Even though our cover uses a piece of art created by Pete Mondrian a century ago, the piece was a counterpoint of a new stage – unified art without national boundaries.

The Convention became Mondrian’s point for legal development and harmonisation, especially in Eastern Europe, where traditional approaches were and are very powerful.

Following this new direction, Mondrian wanted to ‘denaturalize’ art, to move from natural forms to pure abstraction, which would unite different visions of the same phenomena of the surrounding world. The main tools for the image are lines filled with primary colours. Likewise, the provisions of the Convention have incorporated basic human rights, moving away from those differences that have formed in the law of different states over the past centuries. Simplifying the forms and making them ascetic and pointless, the artist achieved understanding without the subjective, as he himself later wrote: ‘Neoplasticism asserts justice, because the equality of plastic tools in a composition shows that everyone can be equal among equals’.

Minimalist in its essence, the article on the right of every person to a fair trial gave impetus to the development of common principles both in the organisation of courts and in the procedure of a trial of Member states, ensuring access to justice for all.

Mondrian’s influence on world culture is widely recognised and limitless – it goes beyond the visual arts and art in general and has become one of the starting points for globalist trends. Today, we are surrounded by reflections on Mondrian’s theme, from website design to architecture. Paraphrasing his message about the new art of a new life and applying it to our main theme, we can only add ‘a new law’.

Art is a harbinger of all the significant changes that occur in society. Artists and musicians transform new needs accumulated in society through the prism of their consciousness and create new visions of the future. Artists do not see the world around us objectively, but as a kaleidoscope of subjective reflections of our society, a mix of its illnesses and successes. Before Mondrian, art was replete with the traditional clichés prevailing in the visual arts. However, a hundred years ago, he was one of the first to single out a point that gave a reference to a whole direction – a vision of the world around us, common for all regardless of cultural and national characteristics, a universal and harmonious approach to depicting the reality around us. After him, Italian or Dutch painting was no longer relevant since universalism became an immanent feature of contemporary art. The soil of a modern artist is the whole world – he is a part of a single human society, and not a particular part of it, painted with national colours.

The approach introduced by the General Declaration and the European Convention is unique – whatever the law of the Member States, everyone is guaranteed the rights enshrined in these documents. These are rights that unite all people and not ones that divide national and ethnic attitudes and traditions. Few projects are so difficult to unify as the implementation of the right to a fair trial.

In each country, even within each jurisdiction, different approaches have been formed that are seemingly impossible to resolve at first glance. Yet, the Convention gave us a clear example, in which common views prevail over national characteristics and even shape them.

As usual, I would like to express my endless gratitude to all my team who help to go through the whole publishing process – to communicate with our authors, to assist in peer review, to facilitate editing, proofreading and correcting the final versions, all together we make a great job! Thanks to our authors, who trust us in publishing, our reviewers for their professional attention and help, our Editorial Board members for their support.

Summary: 1. Introduction. – 2. The Harmonization of National Legislation with ECHR Requirements as a Desideratum for Civil Justice Reforms in Ukraine. – 3. The Rule of Law as a Principle of Civil Procedure and the Application of the Case Law of the ECtHR . – 4. Right to a Fair Trial: the Ukrainian Context. – 5. Pilot Judgments of the ECtHR and Civil Procedure Practice. – 6. The Review of a Case on Exceptional Circumstances after the Judgment of the ECtHR. – 7. Conclusions.

Effective Remedy for Excessive Length of Proceedings: A Macedonian Perspective

Summary: 1. Introduction. – 2. Key Ideas and Principles of the Council of Europe. – 3. The Impact of the Convention on Legal Systems of its Member States. – 4. Ukraine and the Convention. – 5. Concluding Remarks

ECtHR Decisions That Influenced the Criminal Procedure of Ukraine

Summary: 1. Introduction. – 2. The Significance of the Convention as an Instrument of the European Public Order. – 3. ECHR and the Practice of the ECtHR as a Guide for the Reformation of Criminal Justice in Ukraine. – 3.1. The Principles of Criminal Proceedings: Freedom from Self-disclosure and the Right not to Testify against Close Relatives and Family Members; Immediacy of Testimonies, Objects and Documents Examination; Presumption of Innocence, Ensuring the Right to Defence and Their Implementation in the New CrPC of Ukraine 2012. – 3.2. Obligations of Ukraine Regarding the Creation of a System of Free Legal Aid. – 3.3. Positive Legislative Reaction of Ukraine to the Recommendations Made by the ECtHR Regarding the Standardisation of Measures to Ensure Criminal Proceedings and Precautionary Measures. – 3.4. Problems of Admissibility of Evidence and Ensuring the Rights of Individuals to Review the Materials of the Pre-trial Investigation. – 4. ECHR as a Living Instrument and Act of Direct Action. – 5. Reserves for the Improvement of National Legislation in the Context of Protection of Human Rights and Freedoms in Accordance with the Legal Positions of the ECtHR. – 6. Conclusions

The protection of the worker`s right to freedom of association: the ECtHR caselaw 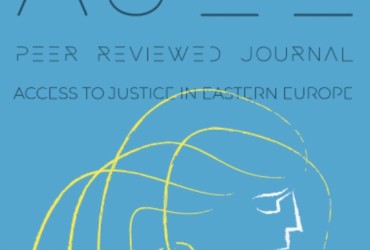 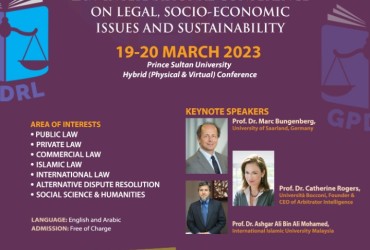 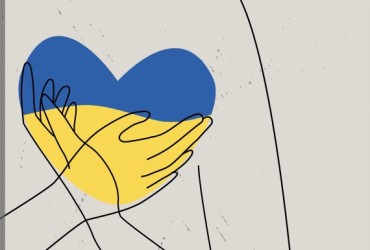